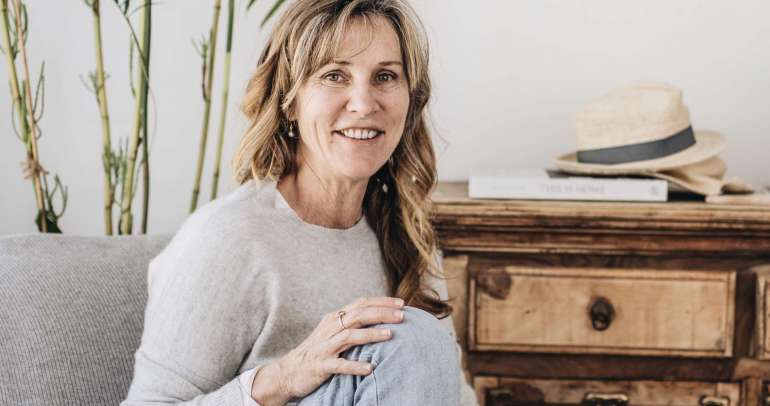 Our stories shape our identity.

Chris combines her unique expertise in story and meditation to offer practices that help us explore the narratives we tell about ourselves. She offers specific meditations and exercises that equip us observe the patterns, recurring themes and choices we make along the way. Through meditation and inquiry we have an opportunity to open up our stories, find what is true, see possibilities for other paths and shape the direction of the narrative.

Chris is an Emmy nominated Story Producer, Screenwriter, Script Editor & Lyricist. After a ten year search for a vocation which included jobs as a primary school teacher, water aerobics instructor, Club Med G.O., A&R assistant at Mushroom Records, ABC news cadet, and a job in the INXS management office where she had no idea what she was doing, Chris spent the next two decades working as a screenwriter in film and television. Chris has written over 100 hours of television drama, penned three feature film scripts and is lyricist for hit songs on Hi-5's multi-platinum ARIA award winning albums.
While working as a screenwriter, Chris expanded her passion for character and story through studies in meditation with renowned teachers including Rick Hansen (author of Buddha’s Brain and Hardwiring Happiness), Ram Dass (Be Here Now), Jack Kornfield (The Wise Heart), and many others.

As well as a Master of Education(UNSW), Diploma in Meditation Teaching and Holistic Human Development, Chris has a Diploma of Positive Psychology from the Langley Institute.

Chris Phillips is the founder of Inner Sky Meditation.